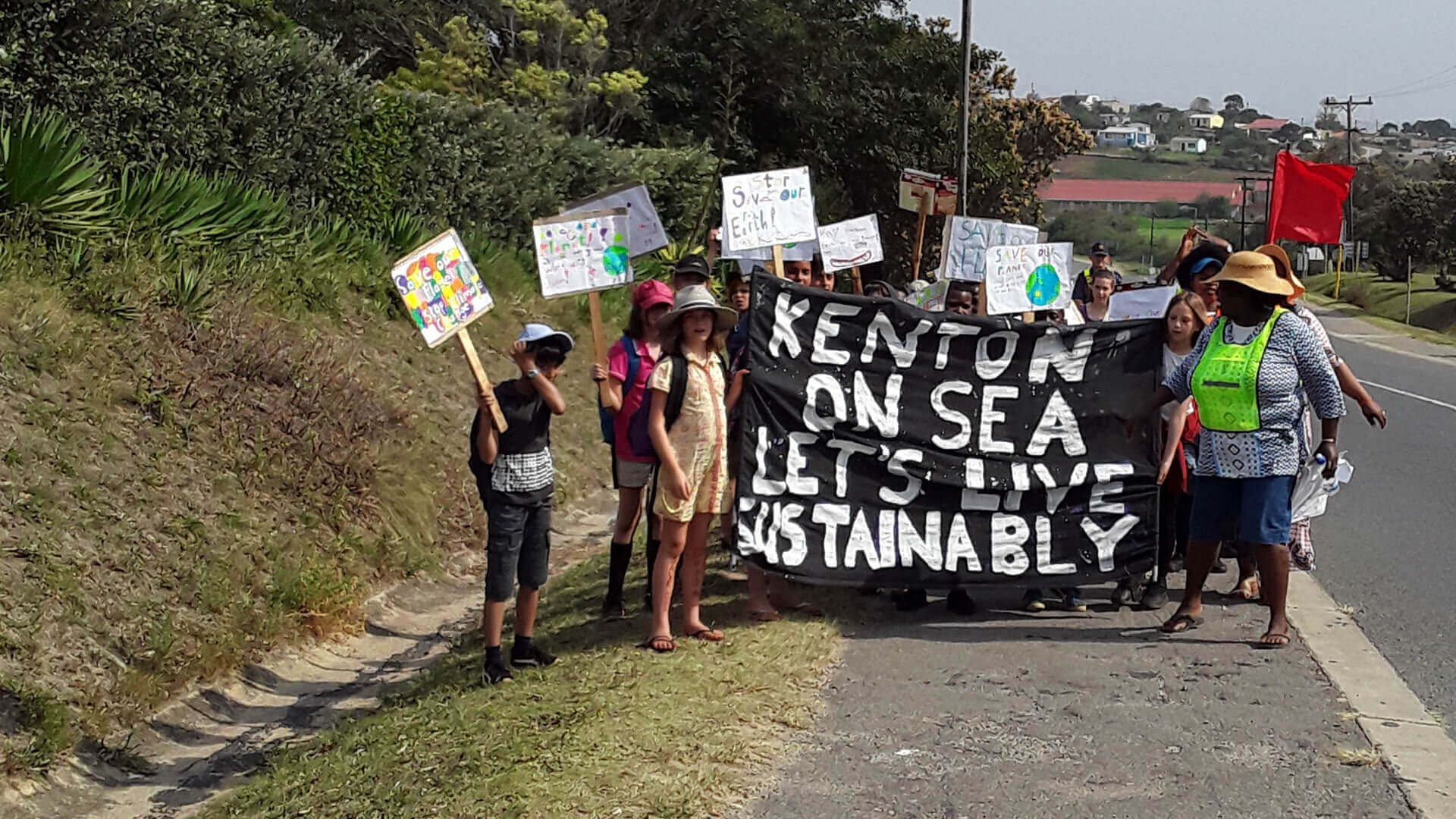 In the week 20-27 September millions of people took to the streets all over the world to call attention to the urgency of climate change. The children of Bushwillow School decided to join these people and try to raise awareness in our own town Kenton on Sea by marching from the school to the municipal building on Friday 20 September. Our learner Lila wrote a letter to the mayor to inform her about our plans, but we learned only two days before the march that we had to fill in an application form, and have a meeting to sign an agreement. We rushed to arrange all that on Thursday and three learners joined us in the meeting in Port Alfred with the municipality-, metropolitan traffic department- and South African police service representatives, to discuss safety concerns. We decided to shorten the march route, starting at the police station rather than at the school, and then we could sign the agreement.

We had a small but determined group marching on the sunny Friday morning, showing our posters and banner and singing the protest songs that we learned from our Xhosa teachers, fighting for a decent future. The spirit was awesome; the children and teachers were singing for almost three hours.

The march was only a beginning, the first battle in our war against Ignorance and Negligence (the captains of “Business as Usual”). Every Friday we will talk about what we can do to make a change and become more sustainable, and we will have visitors who will share their ideas, skills and knowledge. We will start sustainability projects for our school and for our community. Keep an eye out for updates on the Bushwillow website! 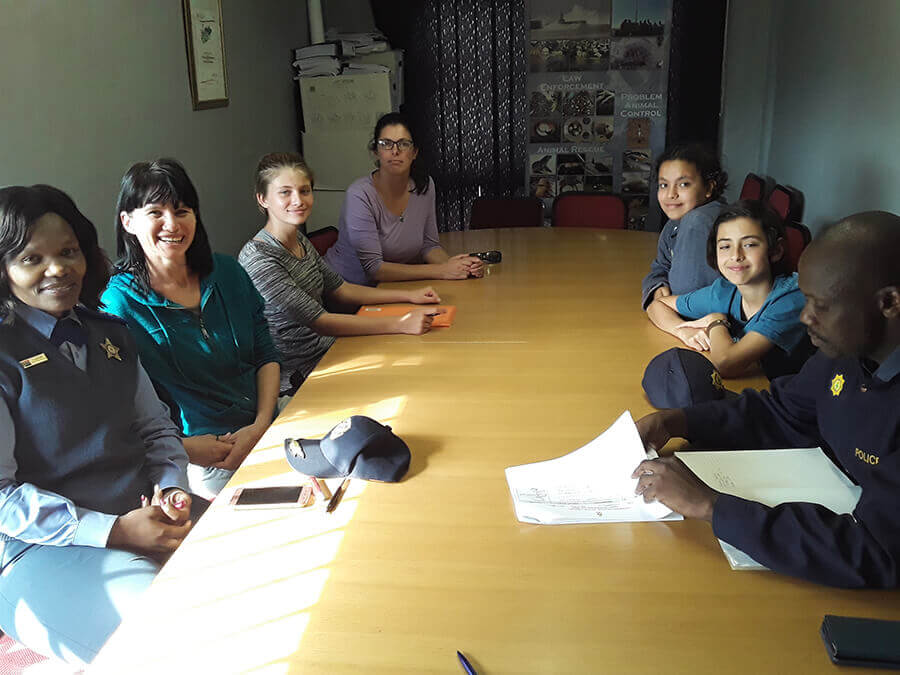 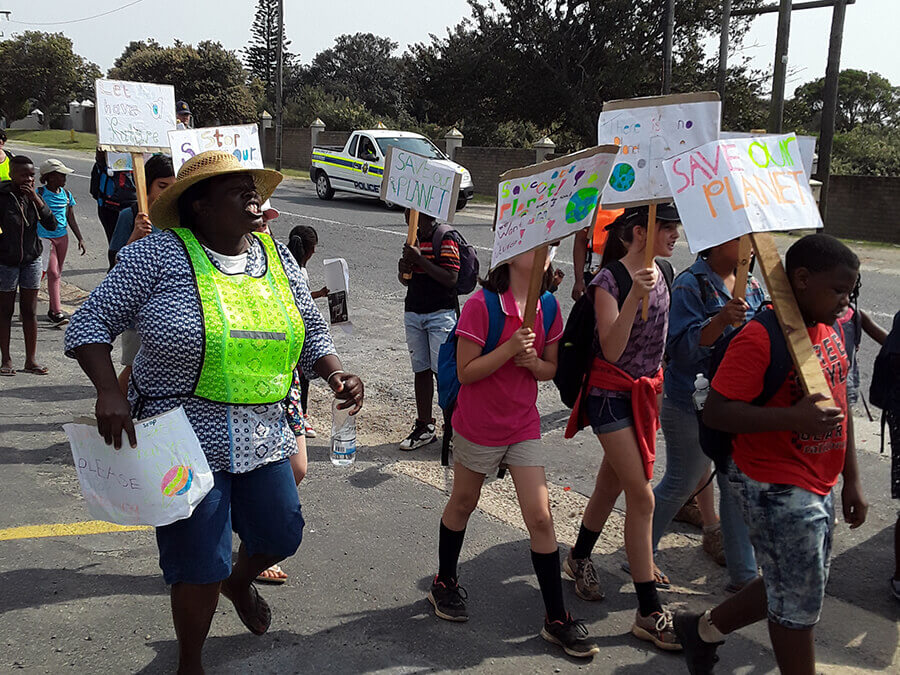 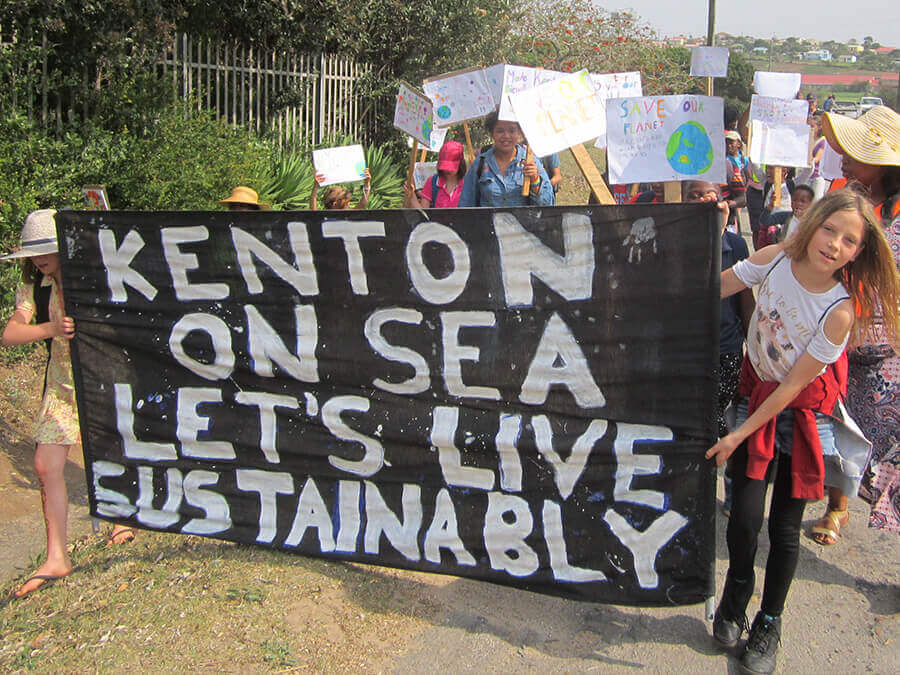 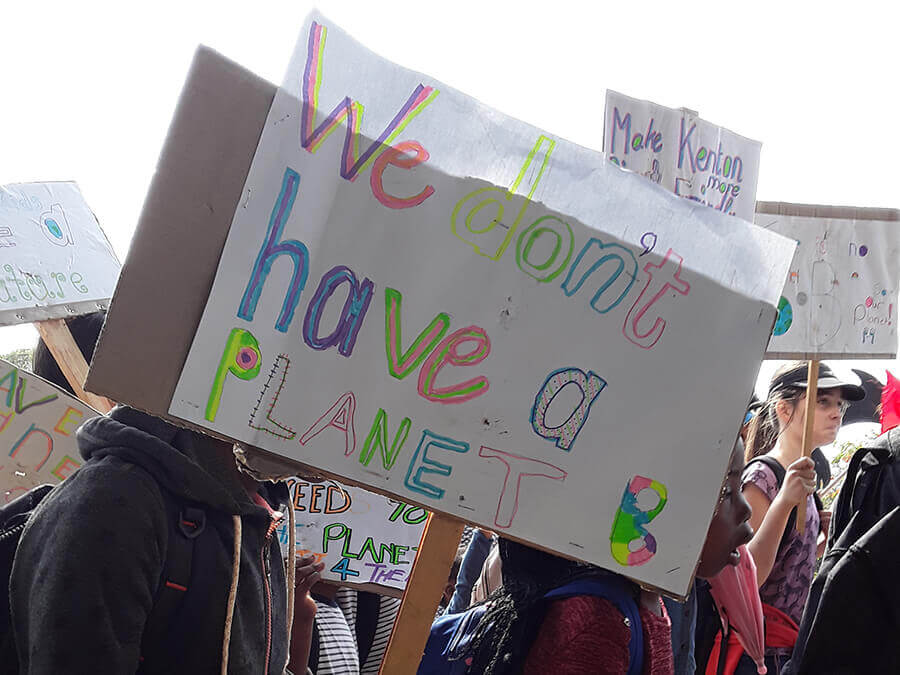